Do you know what happened on July 20 1969 at 20 UTC? Does the “That’s one small step for man, one giant leap for mankind” ring a bell…? Yes, it’s moon landing!  This year is the 50 anniversary of this historical milestone, so Codemotion decided to celebrate it during our 2019 Conferences around Europe.

In particular, Codemotion Milan 19 will be the selected location of some special events. Do you want a preview? Among our speakers, we will have the pleasure to listen to Don Eyles (October, 24) and Russ Olsen (October, 25) as keynote speakers. Let’s deep their biographies. 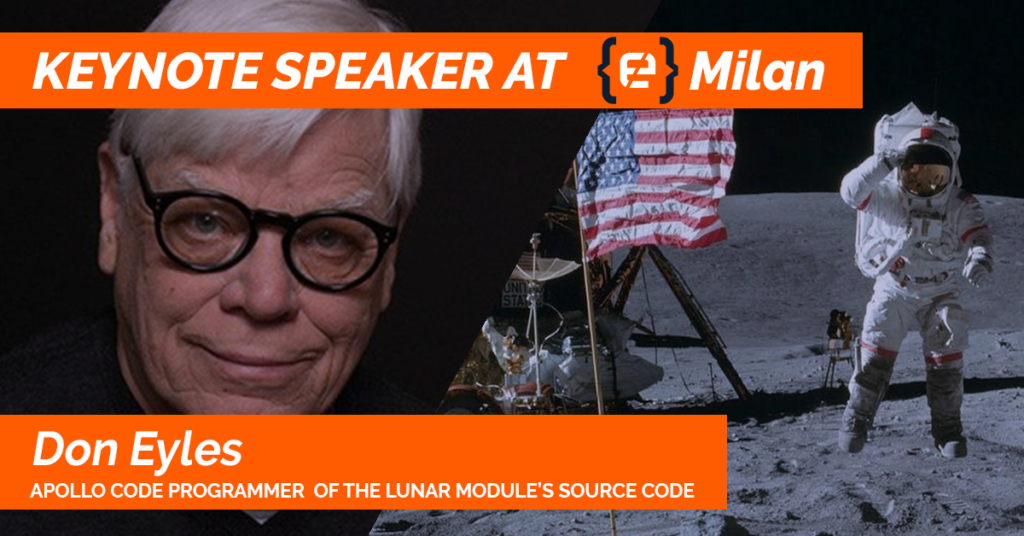 After graduating from Boston University in 1966 with a degree in mathematics, Don Eyles joined the software programming team of where he worked on the Apollo project from that year to 1972, and on the NASA space program until 1998. In particular,  he worked on the programs for the computer of the Apollo Lunar Module, responsible for the software that successfully guided the LM during the critical lunar landing phases of every Apollo mission that was able to attempt a landing. He worked with astronauts and NASA flight controllers to improve the software in response to the operational goals for each mission, and he received the NASA Public Service Award in 1971 for devising a timely workaround for a problem that jeopardized Alan Shepard’s mission to the Moon (Apollo 14). 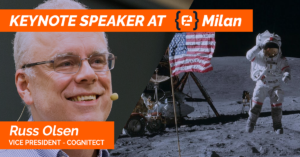 As he introduces himself on his website, Russ Olsen has been in the software business since before it was called the software business, in fact his career spans three decades, focusing from 3D design and image processing software to database query engines and workflow systems. Now Vice President at Cognitect, Russ is also a writer, the author of “Getting Clojure” & “Eloquent Ruby”, a podcaster, and a storyteller. In his talk, he will take us through the choices that led to the Moon landing, reliving those harrowing last ten minutes and looking at how choices that people made so long ago are still relevant to developers today.