Software engineer with more than seven years of experience in the backend, frontend and Android development using Java and Kotlin. Currently is a CTO at Produactivity, a startup based in Guatemala. She was previously organizing meetings in Guatemala Java Users Group from 2012 to 2016. Now she has two years an a half focusing on increasing women’s participation in STEAM by running a JDuchess Chapter in Guatemala and is the leader of a Google community (Devs+502). She is an Oracle Groundbreaker Ambassador and an Auth0 Ambassador, she also has a Duke’s Choice Award in Educational Outreach. 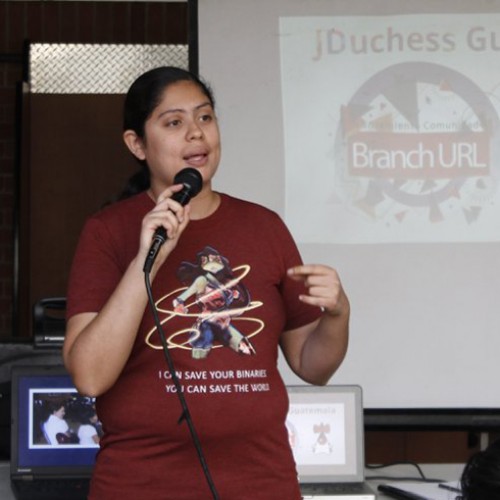